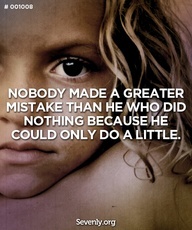 You have probably seen these posts on my Facebook account or maybe even you repost it. The numbers every week. 15, 9, 4 17…number of the rescues that week. What you haven’t seen is their faces, hear their laughs, or know their story. Each girl that has been rescued is represented by these numbers. I wanted all of you to know they are not just numbers they are lives. Even for me who sits and talks with them every day it’s hard to believe what they have come out of. What they have over come! There is this one certain girl that works at the café where I do all my work. She is smart, bright and sassy. A girl I can relate to! Although she is young I can see Gods hand all over her life. I see how her and the others braid their hair, apply lip-gloss, and fuss over teenage acne behind the counters. I see their story. Then in the midst of me praising Jesus for all He is doing, Destiny Rescue staff sit around me each engrossed in their laptops as they do their part in the story. Some that are working on all the media things you see, some who are the rescuers that physically get the girls out, some who have English lessons with the girls everyday…no matter who they are or what part they play they all represent a piece of who Jesus is.

They have sacrificed much, loved well and chose to keep going when faced with the tough stuff of living in a foreign land. It brings tears to my eyes when I think of what Jesus did for each one of us on the cross. He sacrificed everything, He loved us without boundaries, and He left all His comforts of heaven to live in a foreign land. That’s what I see everyday. I see Jesus…as He is. The lover of our souls, wishing that we all would do life with Him, that we would all get uncomfortable so that another can feel the love and grace that is ours to own. Heaven is waiting with bated breath for the next soul…to say yes to God, to be completely engulfed in His amazing freedom.

He knows our name. We are not just a number to Him. I don’t wish that these girls are just numbers to you, they represent everything Jesus is.

Go do something that scares you today, remembering that it might just change another’s destiny.

This journey has left us both speechless of Gods goodness and also challenged by the things that have happened. When the awesome God moments come along we try and share them with all of you to encourage you in your walk with Him and to urge you to trust Him for bigger things in your life. We can’t wait to share with you what He has just done…

So one of the challenging things that we have been experiencing is finding a car, it’s been on our prayer lists and we have been praying for this since we came here. Right now we are borrowing a DR car that we shall say is a tight fit…but we have been extremely grateful for it. The car search has been literally nothing.. We budgeted for a certain amount to find out you really can’t get anything for this amount except maybe a little two door car. The cars here don’t lose their value so you basically get kind of a junky for about 3-4000. Honest. So the guy that actually found our house, which we are eternally grateful for texted Samm, a picture and info on this truck he found. It’s a 1990 Suzuki truck, its in pretty good shape, has over 300,000 miles on it but its very spacious and it’s a diesel so it will cost less to drive. We called them on Friday and they had already showed it to someone that night and they had given them until Monday to make a decision so we would have to wait at least till then to find out. So we gave it to Jesus.

In the meantime let me fill you in on a wish we have had in the back of our head since three years ago when we found about Thailand…some might have heard about the famous Lantern Festival.. It’s this beautiful amazing festival that people have on their bucket list. Where 10,000 lanterns are released into the night sky to symbolize letting go of your problems and worries. It’s so magical and beautiful and well we have secretly wanted to go for a long time. I was looking last week about it and realized it was this coming weekend in Chaing Mai.

We realized something… that God was possibly orchestrating this whole thing, that He was that good…Here’s why..

It seemed too perfect. Too good to be true. But what about these other people that were probably planning on buying the truck…

So Samm looked at a car on Friday that was a two-door teeny tiny clown car. I called it that because I imagined our big ole family coming out of the car one by one..ya know like the clown cars in the circus. Either way it was a car and it was in our budget. So he went to drive it got two blocks and it ran out of gas. Like literally stopped…Ok Jesus we won’t buy that car.

Then Monday comes and Samm is literally bartering (as best as one can when they speak no Thai) he was thinking about getting this other car that would literally eat up our entire budget for a car. I at that exact moment got a phone call from THE truck owners saying” So really cool thing, the people who saw our truck are very much wanting to buy it but they felt all weekend that God wanted you to buy it, that your family is supposed to have it so if you still wanted it they are willing to let you have it but if not they are ready to buy it today..ARE YOU FREAKING KIDDING ME? Who does that? Well turns out the said buyers are Christians too. WOW. Like holy WOW. HE IS GOOD!

So we are going to Chiang Mai on Friday to buy a truck that someone passed up because God said so on the weekend we have been dreaming about for years on a budget that is less than what we had intended…HUH??

I have shared this story to several people here and they are literally astonished, the price alone is a GOD thing!

But as it is written, “No eye has seen, no ear has heard, and no mind has imagined the things that God has prepared for those who love him.” 1 Cor 2:9

Believe Him for the goodness you are seeking, let your feet wander unto unknown territory that your faith raises up to a new level. He has good things, even though they are hard things they are for our good..Trust Him.

Go do something Crazy for Christ!

I think its safe to say we as Christians go along in life praying and asking Him for things that we think will make us happy or create the life we have always thought would fulfill us. Many times our prayers go unanswered, leaving us frustrated and confused. Maybe He does answer it but ultimately leaves us empty and unfulfilled.

We read the scripture “trust the Lord God with all your heart” in proverbs. We have heard it a million times. Problem is the putting into practice part…well that’s really hard! What does it look like to actually trust a God who we know loves us and is bigger than anything? Somewhere along the path of adulthood we have forgotten what trusting would actually look like…

Trusting God, your maker looks like how you trust a bridge when you are driving over it…maybe you’re like me and don’t actually even trust bridges. How about every time you drive your car you trust that the breaks will work when you need them to, so much that you are not thinking “gee I wonder if these breaks are going to give out” every time you stop. Funny how we trust a hunk of metal made by man than a God who made man?! This kind of trust comes from somewhere; it comes from a place of knowing the one you put your trust in. Knowing that He no matter what is good. That He desires to have the kind of relationship with us like He did with Adam, where they walked and talked. Once you really understand who He is and that He has characteristics and feelings, It’s a lot easier to trust Him…but it’s still hard sometimes.

Trust me..I know! Not just getting here or raising all the money to stay here. No no no those are the insane things that I have to trust Him with; there really isn’t another choice. But I find myself here..wrestling daily with trusting Him for so many things big and little.

I started to take note of them, because I was overwhelmed and also a bit surprised that I was struggling to A. let go of ALL control and B. trust Him with so much daily things. I literally walked around these last few weeks out loud saying to Him in these moments “ No God I trust you, you made the earth” or “ I choose to trust you because you made the ocean” I know I am crazy, but it helps give me perspective.

DO YOU GET IT?

It’s a choice to actually trust Him. I choose it because His track record is good. If you gave your life to Jesus, than actually give it to Him. He will fulfill you. Your life can have meaning and purpose. You know deep down that you were made for so much more. You’re just afraid to trust Him.

Don’t be. That’s exactly where the enemy wants you, afraid to step out and see that Jesus is more than enough and trustworthy. If he can lie to you about Gods goodness than he can keep you from fulfilling your destiny in this world. I’ve been saying it all along; we are no different from you. We simply started to take Jesus at His word and see if He really is who He claimed to be.

Go do something scary!

Go do something scary!